President Donald Trump on Sunday accused Democrats of ‘having fun’ while he is in the White House waiting to make a deal to end the government shutdown.

‘I’m in the White House, waiting. The Democrats are everywhere but Washington as people await their pay. They are having fun and not even talking!,’ he tweeted on a snowy Sunday morning in Washington D.C.

Congress left the city on Friday with some lawmakers going back to their home states for the weekend and others – including new Speaker Nancy Pelosi – traveling to Puerto Rico for a conference and to see Lin-Manuel Miranda in ‘Hamilton.’ 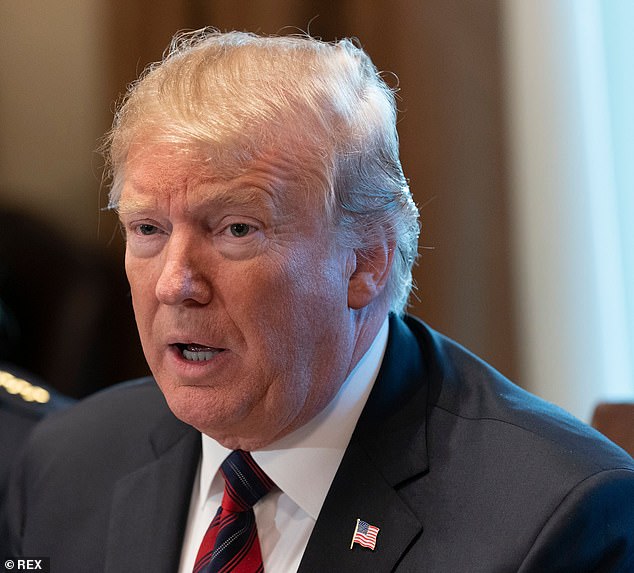 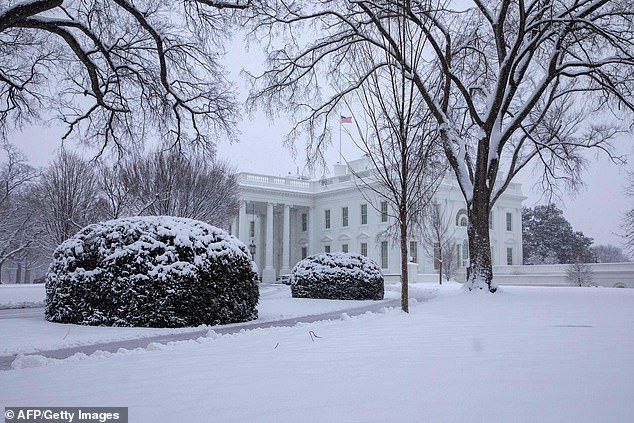 Washington D.C got hit by four to eight inches of snow overnight

Trump told Democrats he is waiting on them

Lawmakers are scheduled to return to Capitol Hill on Monday although it’s unclear if that will be affected by the weather. None of the votes scheduled in the House or Senate for Monday evening deal with reopening the government.

The Capitol city received four to eight inches of snow overnight with the flakes still falling on Sunday as Trump went on Twitter storm of his own.

The president touted his readiness to make a deal and argued his border wall would bring down crime. He also got slammed Democrats on Dreamers – the illegal immigrants who were brought to the U.S. children by their parents – and said their actions would bring Hispanics to his side.

‘The building of the Wall on the Southern Border will bring down the crime rate throughout the entire Country!,’ he wrote on Day 23 of the shutdown.

‘The damage done to our Country from a badly broken Border – Drugs, Crime and so much that is bad – is far greater than a Shutdown, which the Dems can easily fix as soon as they come back to Washington!,’ he tweeted.

As part of the talks to reopen the government, some Republicans have pushed a plan that would fund Trump’s border wall and give benefits to those in the Deferred Action for Childhood Arrivals (DACA) program in return.

‘Democrats are saying that DACA is not worth it and don’t want to include in talks. Many Hispanics will be coming over to the Republican side, watch!,’ Trump accused his opposition.

Hispanics tend to favor Democrats. Trump only won 28 percent of the Latino vote in 2016. 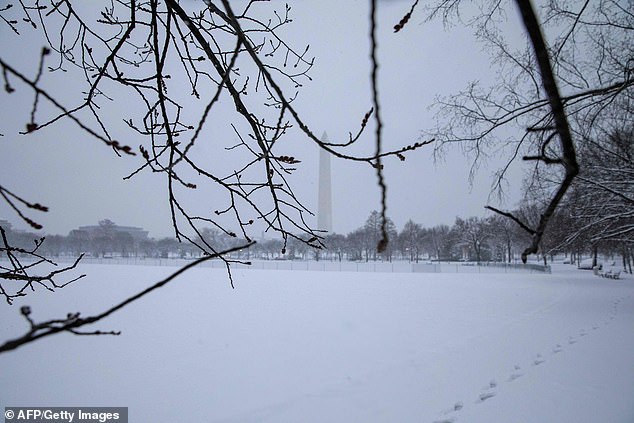 More snow was falling on D.C. on Sunday

He also argued the wall will bring down crime

Trump spent Saturday and Sunday getting in digs at his opponents as the government shutdown became the longest in American history.

He also slammed Pelosi and her fellow Democrats who attended the opening night of Hamilton.

‘I’d rather see the Dems come back from their vacation and act they’re not acting,’ Trump told Judge Jeanine Pirro on her FOX News show during a phone interview.

‘It would take me 15 minutes to get a deal done if the Democrats come to the table,’ he continued to complain to Pirro about the impasse over his desire for $5 billion in funding for a southern border wall.

Trump expressed frustration on the 22nd day of the partial government shutdown that he was still in the White House on Saturday awaiting a deal.

Meanwhile, Nancy Pelosi and the 30-person Democratic contingent were traveling to the island territory to raise awareness about the difficulties Puerto Rico still faced after Hurricane Maria. 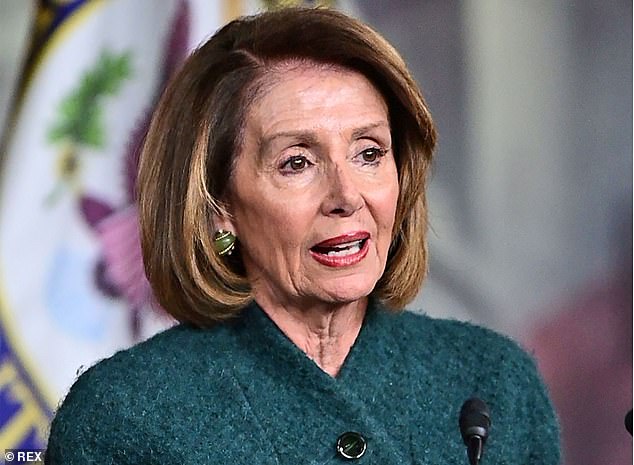 Speaker of the House Nancy Pelosi, center, attended the opening night of Hamilton in Puerto Rico drawing barbs from Trump as the government shutdown continues 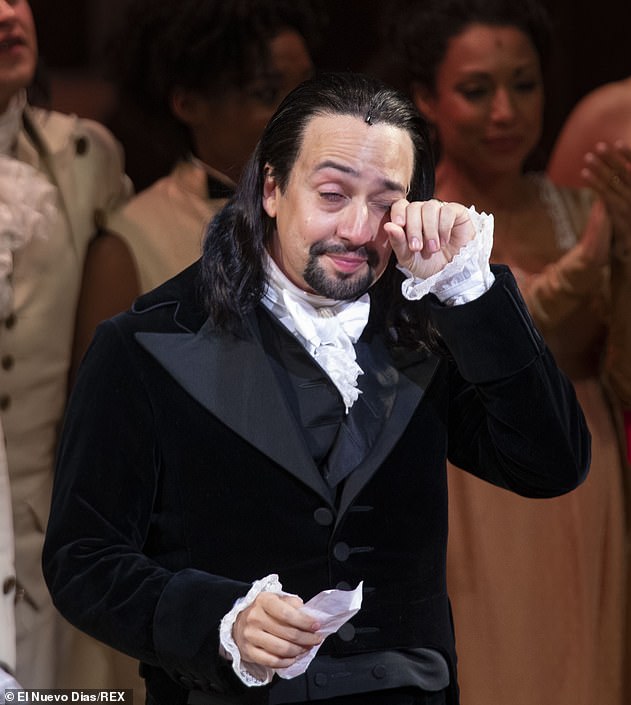 Touched: Lin-Manuel Miranda was seen breaking down in tears during the opening night of Hamilton in Puerto Rico on Friday evening

The winter retreat to Puerto Rico was organized by Bold PAC, a political action committee and the Congressional Hispanic Caucus, and some members attended the musical fundraiser during the trip.

The 17-show run is set to help raise funds for the island with an expected $15 million generated.

While the shutdown continues to be a current issue with 800,000 federal workers either furloughed or working without pay, there was an estimated 3000 deaths following Hurricane Maria, documented as Puerto Rico’s worst natural disaster.

The 38-year-old received his first ovation of the night less than one minute into the show when he appeared on stage and stated his name as Alexander Hamilton for the first time in two-and-a-half years. 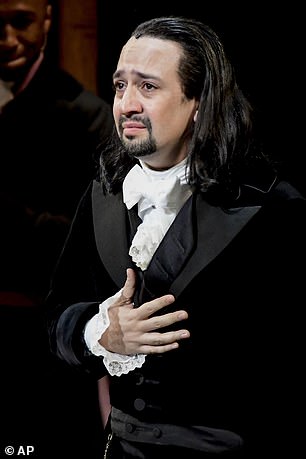 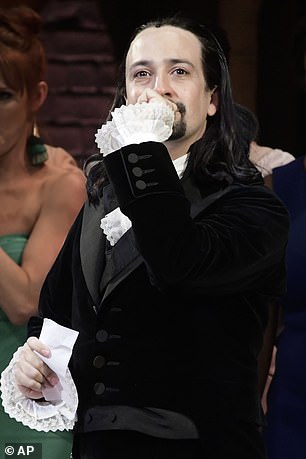 Amazing: According to the LA Times , the 38-year-old received his first ovation of the night less than one minute into the show when he appeared on stage and stated his name as Alexander Hamilton

Lin was dressed in his show costume as he belted out the lyrics during the production.

And following a successful opening night, he was seen raising the Puerto Rican flag and waving it proudly before wrapping it around his shoulders.

During this time, the Broadway star was seen crying and very emotional. 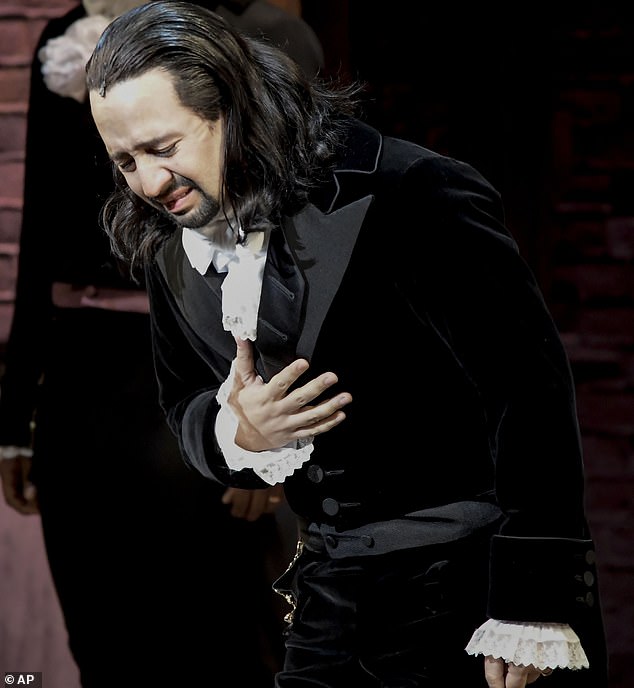 Loved by the crowd: According to the LA Times , the 38-year-old received his first ovation of the night less than one minute into the show when he appeared on stage and stated his name as Alexander Hamilton

Lin has always been politically active with most notably on behalf of Puerto Rico.

The star’s father hails from the country and he has previously met with politicians in favor of debt relief as well as raised funds fro rescue efforts and disaster relief following the 2017 Hurricane Maria. 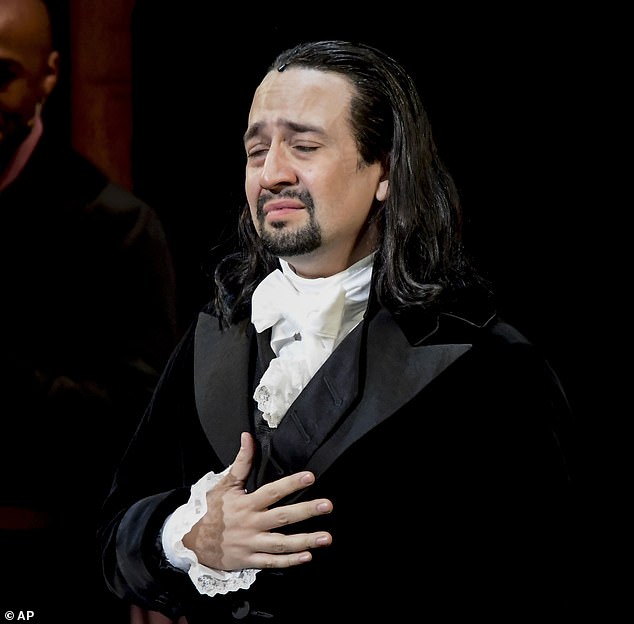 His hometown: The star’s father hails from the country and he has previously met with politicians in favor of debt relief as well as raised funds fro rescue efforts and disaster relief following the 2017 Hurricane Maria 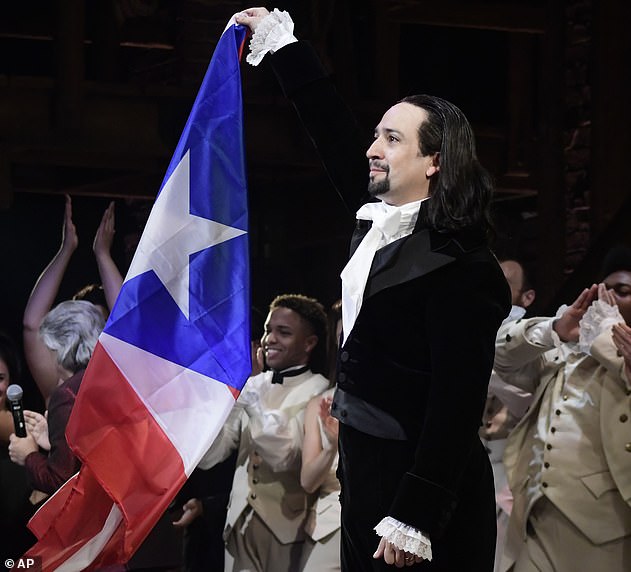 Proud: And following a successful opening night, he was seen raising the Puerto Rican flag and waving it proudly before wrapping it around his shoulders

He’s ‘not throwing away his shot’ Lin-Manuel Miranda gets a star ‘Puerto Ricans are the most resilient people on the face of the Earth,’ Lin said in a post-show press conference at the venue, Centro de Bellas Artes Luis A. Ferré, according to the LA Times.

‘Name any other city in the world that would survive this long without power and the resources that any American state would get in the wake of a hurricane.’

‘All of our royalty participants — author, director, choreographer, designers, producers — are waiving our royalties, so all of those dollars are going straight to island initiatives,’ said lead producer Jeffrey Seller. 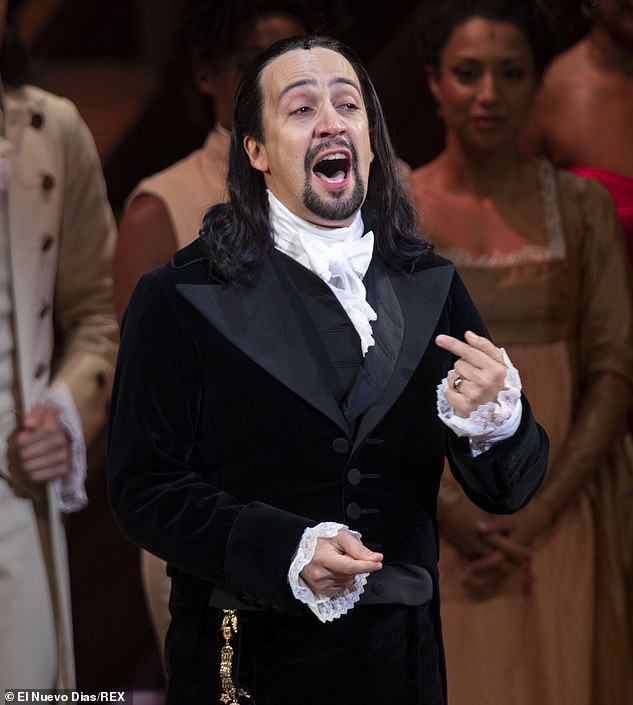 It was reported at the end of 2018 that Hamilton the musical had grossed $463.3 million since its 2015 debut, according to The Wrap

U.S. hopes to work with Russia on arms control

U.S. hopes to work with Russia on arms control

Apple says it will not give a Parler app back

Honor is preparing a flagship powered by Snapdragon 888

I visited several sites but the audio feature for audio songs current at this site is genuinely excellent.

Hey, my name’s Eric and for just a second, imagine this… - Someone does a search and winds up at…

What's up, just wanted to say, I liked this blog post. It was inspiring. Keep on posting!